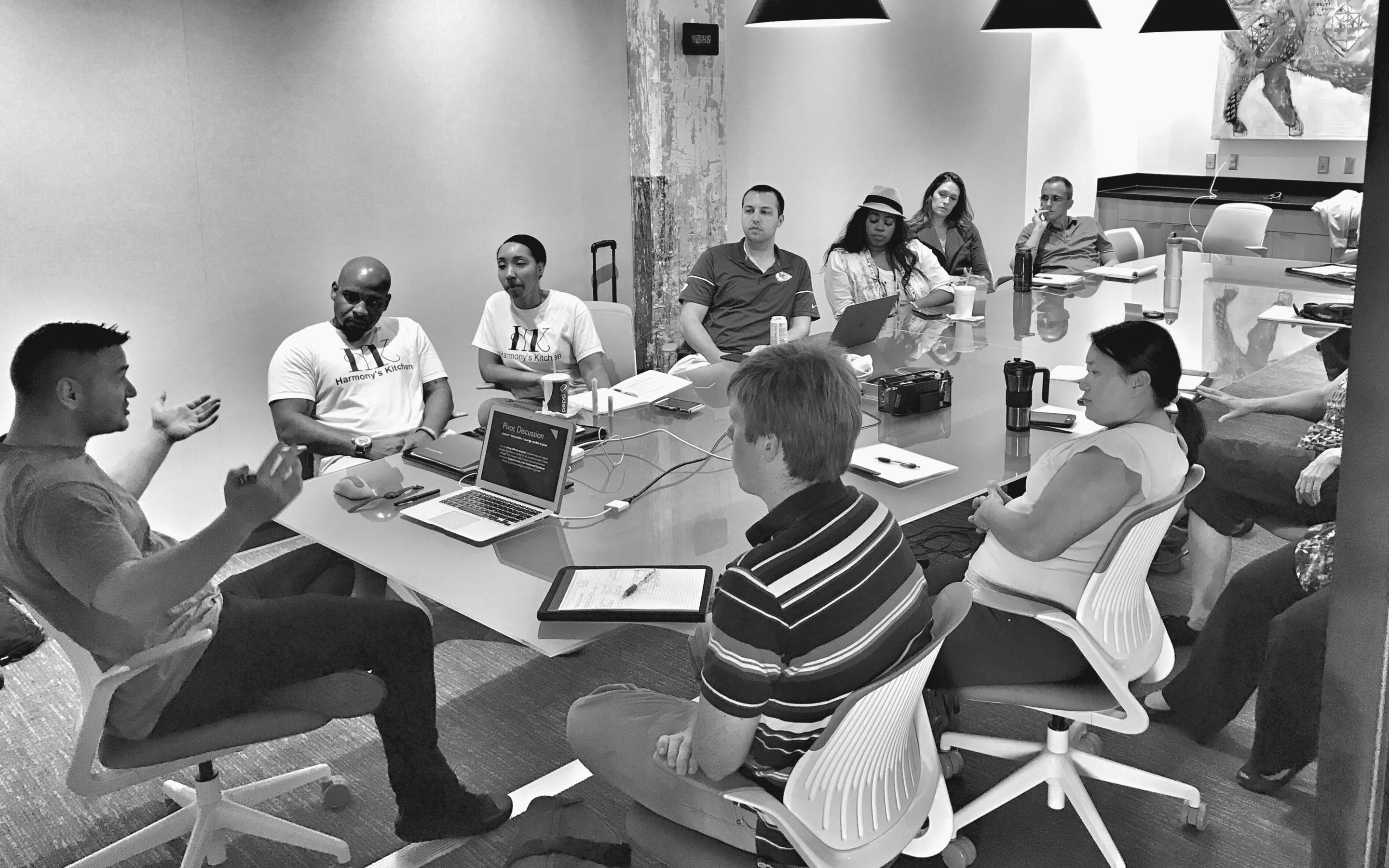 We hear it more than anyone else in Tulsa… “I will launch as soon as I can get [fill in the blank].” The ‘blanks’ are usually things like investors, or partners, or some sort of manufacturing tool. They have these puppy dog eyes that ALMOST make you believe there is literally just one thing standing in between them and success. Like if you surpass this single hurdle for them they will never have to ask for help again. Well guess what? We have great news and it comes in the form of a magic feather. A feather that can clear up any Tulsa startup problem known to man. We’ll let one of the greatest American authors of all time take it from here:

“Dumbo got airborne with the help of a magic feather….Just remember before you do that Dumbo didn’t need the feather; the magic was in him.” – Stephen King

Yes, that’s right. This essay is a bait and switch…and a far more egregious one than that of a Buzzfeed clickbait article. This, ladies and gentlemen, is a stark reminder that entrepreneurs make their own magic.

Getting a company off the ground is dirty work, and it’s designed for scrappy entrepreneurs. What follows is some inspiration for what we mean by scrappy entrepreneurs. And more importantly, it’s meant to remind you that it’s YOUR responsibility to fix whatever problem is right in front of you. No one is going to just hand it over, or cobble it together for you. This isn’t school; there are no external checkpoints, no grades, no classmates, no system for accountability.

Our two favorite stories from the BetaBlox portfolio took place about two years apart. Let it be noted, there are many more traditional tales of Tulsa startup financing than this – but these are the funniest.

Michael needed money, like most entrepreneurs do. So he and his partner volunteered for a medical experiment that was testing a new type of cast for broken legs. They both wore full leg casts for three months, each. That brought them startup capital, and six months worth of time to get their business off the ground full-time.

Our most recent example is Tiffany, who was raising money for her ‘co-working for personal trainers’ business, which recently launched. She did whatever it took to get the thing off the ground, and she tackled each line item that needed to be accomplished one-at-a-time. She needed some cash as one of the first steps, so she literally stood outside in a downtown area for weeks with a sign that asked for donations. We tell this story not because we think you should do this – especially because it’s dangerous. But instead because without breaking the law, you can’t ‘do whatever it takes’ more than she did. She also claims that aside from it being far more lucrative than it sounds, it gave her a chance to practice her elevator pitch over-and-over again.

One of our most inspirational individuals, at the helm of a great company is Nathan Corn from FlexPro Meals. Nathan’s company ships out a week’s worth of meals right to your door – making it a whole lot easier to eat healthily. When he first started he needed kitchen space. He approached a forward thinking owner of a out-of-business nursing home to ask if he could use their kitchen. He brokered a deal that increased his rent as the revenue in his company increased. Most people would have heard the price over the phone and then hung up. But entrepreneurs understand that almost everything is negotiable as long as you can show why it’s a mutually advantageous relationship. We’d like to think that the owner of the building made a decision that falls in line with the thesis of this essay because without being open to alternative structures, he wouldn’t have a tenant. Looking back, they both look like geniuses. The whole kitchen, and then some, is booked solid and FlexPro is off to a remarkable start.

Need A Programmer For Your Software?

We have countless examples of our startups that have traded equity in exchange for programming, but we’re not going to bring those up because it’s boring. Not to mention that path is fraught with as many disadvantages as there are advantages. Instead, we’re going to talk about Daniel who needed a developer for his software. He found a talented programmer and then traded services with him. What did the programmer need? Organization. Daniel literally cleaned his house, repeatedly, amongst other personal assistant-esque jobs, for the better part of a year.

Are you starting to get the point? That when you can’t figure out how to get your hands on $30K, a programmer, a facility, or whatever else you need…we don’t have a whole lot of sympathy. It’s not that we’re insensitive to your plight, it’s just that being surrounded by so many people literally doing whatever they have to has jaded us against those not willing to try.

In each one of these situations the entrepreneur was in the process of going through (or applying for) BetaBlox at the time. We encouraged them to do these types of things because it shouldn’t matter what is standing between you and success. You just have to chip away at the problem until you’ve tamed it. That’s what bootstrapping is all about.

These are phenomenal examples of scrappiness. These people were forced to do these types of things because they knew no one was going to give them a handout. Ironically, these stories make it substantially more likely that they could receive an investment. It proves to angel investor or venture capitalists that the entrepreneur will go to the ends of the earth to make their dream a reality, and it also proves that the entrepreneur has a grip on the importance of capital. These entrepreneurs thought they needed a magic feather to get their startups off the ground, but BetaBlox has seen time and time again that what they really needed was to go through the dirty, scrappy, humbling startup experience for themselves to really fly.