Why Is It So Hard To Find Advisors With Startup Experience? 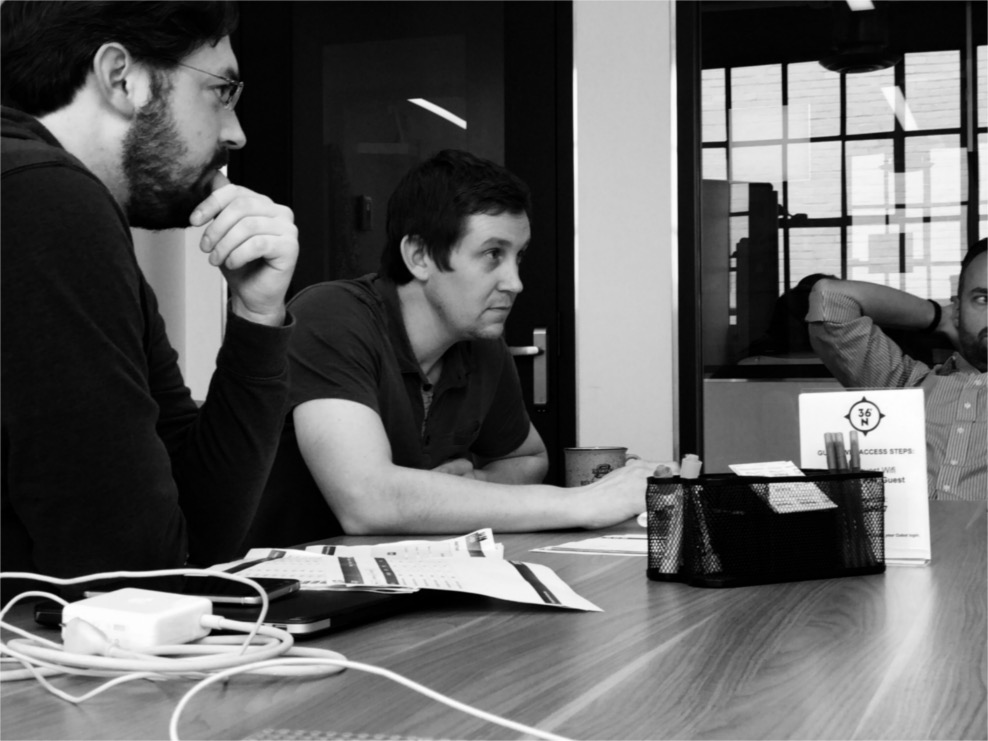 We don’t reach over the counter at Starbucks and tell the barista how to make our macchiatos frothier; nor do we aid in the differential diagnosis given by a doctor of medicine – why is it that everyone gets to decide they’re a startup expert?

It obviously behooves us to encourage our startups in Tulsa to surround themselves and their company with as many people as possible. People translate into customers, angel investors, employees, and therapeutic support. But one of the biggest battles we have to fight is the bad advice startups are given by surrounding themselves with the wrong people. For some reason, a lot of America believes that the credentials required to provide sound advice to an entrepreneur can be learned from watching a couple episodes of Shark Tank.

Our flawed opinion is that everyone derives some level of business experience from their job. From dentists to professional athletes, we think that ‘business’ skills bleed into every profession. Therefore most people become more and more confident doing business throughout their life. But that’s the problem. They’re becoming better at business, not startups. The two aren’t related…they’re not even distant cousins.

The point of this essay is to remind startup entrepreneurs that advice from people who have never started a company should be taken with a grain of salt (with obvious exceptions, particularly for certain vertical areas of expertise, like law). Navigating the uncertainty of starting a business alongside a lack of capital or momentum is vastly different than any other stage of working at or running a business. Bad advice also has the dangerous potential to steer you down expensive and time-consuming paths that are hard to recover from.

The point is to find advisors that have incredibly RELEVANT experience. We mean that in multiple ways. First, their experience should be relevant to your STAGE of business, i.e. the radically early stuff. Second, relevant to your INDUSTRY. Third, relevant to this GENERATION, i.e. they’ve started a business sometime in the last decade. You’re shooting for at least two of these three, but three-for-three is preferable.

Your goal is still to surround yourself with people who can help your startup. This can mean formally (with things like incubators or mutually aligned advisors) and informally (with startup events and meetup groups). But accomplishing this goal is a lot harder than it sounds. There’s honestly just not as many relevant startup experts in Kansas City or Tulsa as we’d like. 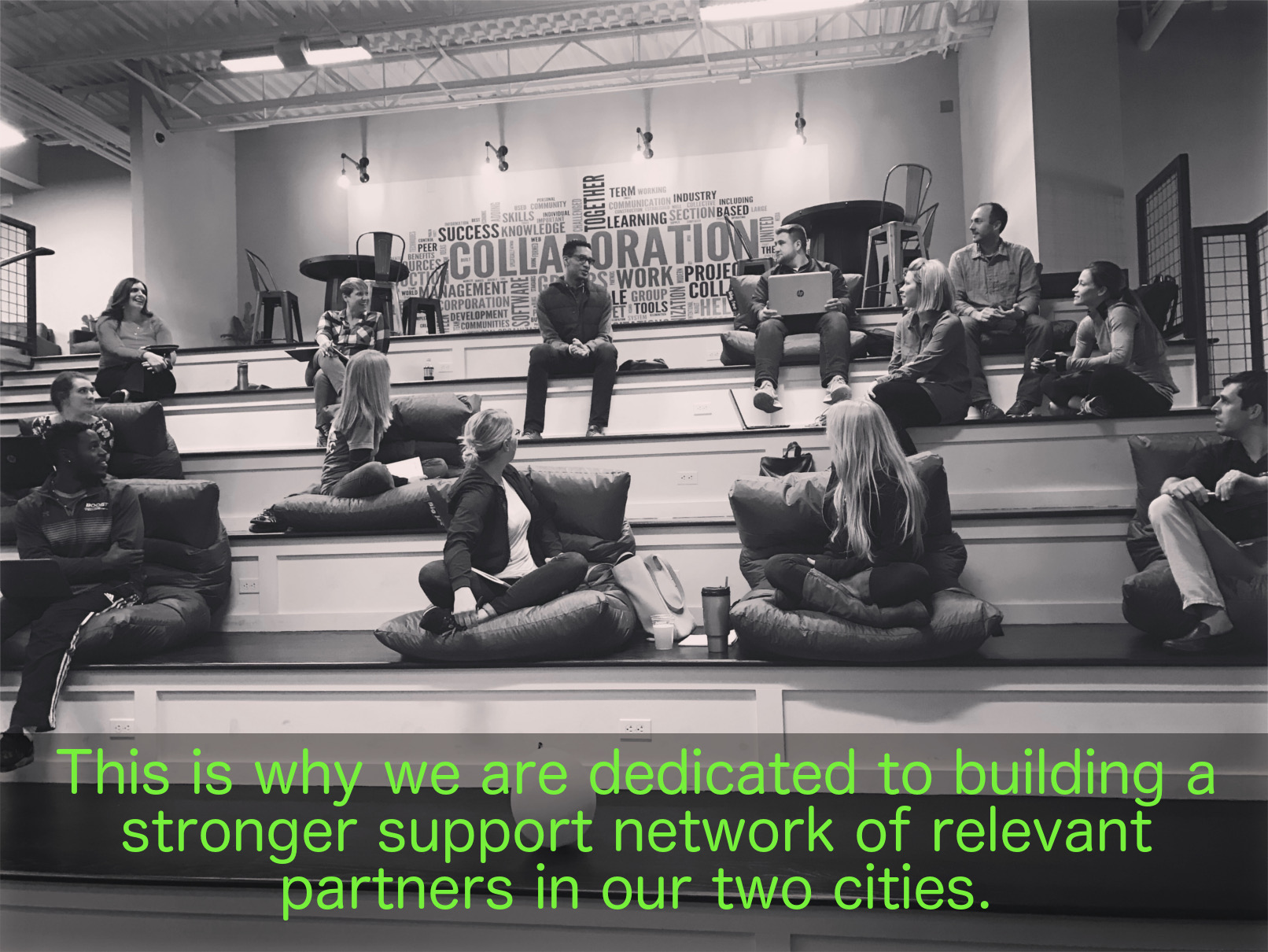 But why? Why is it so hard to find RELEVANT and EXPERIENCED startup advisors?

There are five major reasons:

Thus, most of the people that have tried it, failed, and then went and did something else. This is unfortunate, because there is a lot of gold inherent in their stories – even if those stories ended in failure.

When you go to startup events, they’re packed with startups, right? Wrong. They’re 95% fans of startups – which is our jaded way of describing anyone that’s pre-revenue. The problem with fans is they know a lot about whatever they’re fans of. This makes it easy to masquerade as the real thing. They’ve got the t-shirts. They’ve got the laptop stickers. They’ve got URLs that end in .ly or .io. And honestly, they can talk-the-talk. This makes it difficult to cut through the clutter and find the people that have proven their grit in the industry.

The best RELEVANT startup advisors are the ones who are currently at the helm of their own growth-stage ventures. It can’t get any more relevant than that. They literally proved they knew how to get out of the startup phase and into the growth phase, which makes their advice substantially more credible. But the problem with leaders of a growth stage ventures is that they’re extremely busy…you know…growing and running a company. As much as these people would like to give back, doing so spreads them thin, and thus threatens their continued success.

In our experience, most successfully exited entrepreneurs either (a) need a break, or (b), get back up on the horse and build another startup. Both outcomes at least partially take them out of the game.

One of the mistakes we made when BetaBlox was founded over five years ago was that we placed too much emphasis on the sage advisor stereotype. We found popular business leaders that hailed from legendary companies. And guess what? Their advice sucked. The problem was they were either out of the game for too long, or their business is so far removed from the startup phase that they simply forgot what it was like to get something off the ground with little-to-no resources or momentum.

Please…do not misinterpret this essay’s intention. It’s not to call everyone irrelevant. There are enough relevant startup advisors in Kansas City and Tulsa to go around. It’s just that they’re harder to find than one might assume. The intention of this essay is to emphasize why good advice is hard to come by, and to provide you some characteristics to help you hone in on the best people.

To a certain extent, all advice should be listened to – it’s just that it should be filtered. The more an advisor falls in line with this essay’s thesis, the less you need to filter their advice. The less they fall in line, the more you need to filter it. But just because it’s getting filtered, doesn’t mean that it’s not affecting your instinct for the better.