Startup Misperceptions of The “MVP” 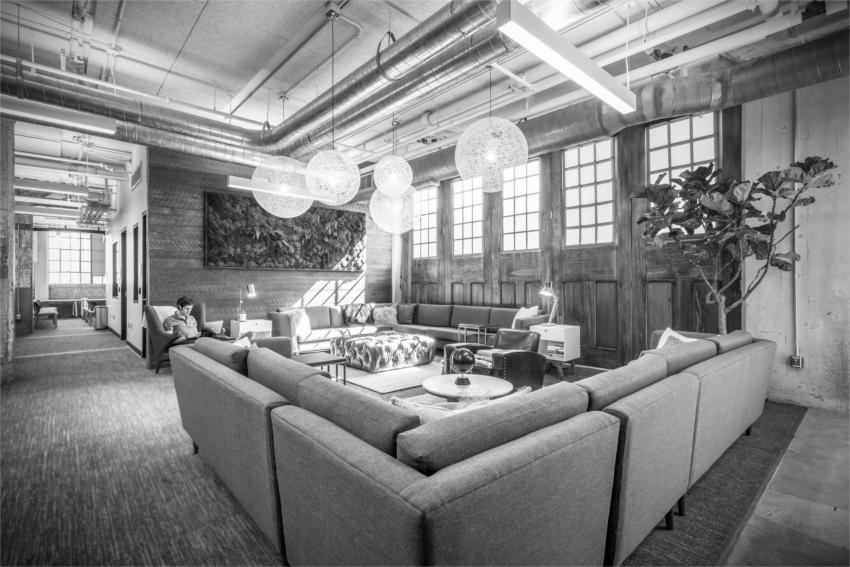 Startup Misperceptions of The “MVP”

We get it, The Lean Startup is the most definitive answer to how to start a company from nothing. No other framework even comes close. But it’s so ubiquitously adopted that it’s hard to delineate between people that simply pass off its philosophy as buzzwords versus people that are actually following its preachings.

Even Eric Ries, the author of the book, has a phrase for it: lean washing. It’s where entrepreneurs are running around saying pivot, persevere, MVP, build-measure-learn, iterate….yet they’re still following the same path that the movement set out to kill. They’re talking the talk, but not walking the walk.

What Is An MVP?

A minimal viable product (MVP) is a phrase meant to describe Version 1.0 of your product. But it’s more profound than simply “version one”. 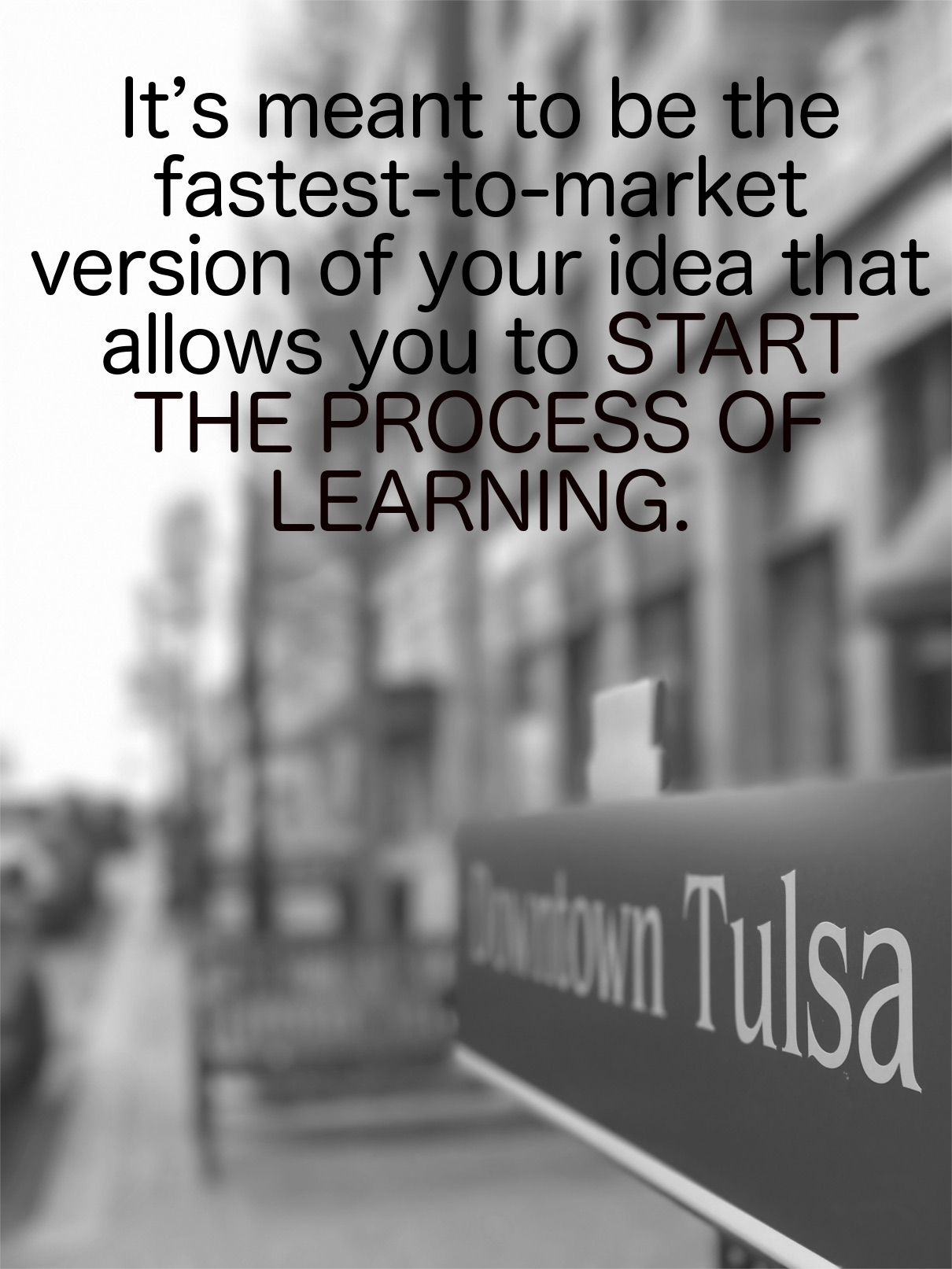 If what you have in mind for a launched product has, let’s say, 5 features, but instead of building all five of those features, you only build one and then launch – that’s called an MVP. But all too many people wait the extra months, or spend the extra tens of thousands of dollars, to launch with all five features. Then, instead of calling it what it is, they refer to it as an MVP. But it’s not.

Why Do We Build MVPs?

First and foremost, it’s to prevent entrepreneurs from being in a state of perpetual pre-launch; a state where planning and perfection become paralyzing. A state that almost every entrepreneur stays in too long, even us.

Secondly, going back to the ‘five-feature product’ example from earlier – all five of those features are simply assumptions. You THINK the customer wants all five, but you have no proof. It’s just your ego getting the best of you. You MIGHT be right, and hopefully are. But what if you’re not? You just spent however much time and money on features two-through-five that now need to be thrown away. Building out the first feature will get you important data, sooner. That data will act as your guiding light for how you build features two-through-five, or if you even build them at all.

The Biggest Problem Created By The MVP?

The average entrepreneur from Tulsa tends to think that the words “earlier”, or “faster”, or “cheaper” all imply a worse product. To a certain extent, they’re right – but they’re mostly wrong. We don’t mean a crappy product, we mean whatever the fastest and cheapest way to start the process of learning is. So if you launch something that is decisively horrible, you’re not learning anything other than the fact that customers hate horrible. To start the process of learning, your MVP needs to have enough meat on the bones to at least stand a chance at adding value to your customer.

What Is Likely To Happen If An Entrepreneur Launches An MVP With No Meat On The Bones?

What Are The Real Steps Immediately Following The MVP?

The next step is to add another feature. Or tweak the original feature – ALL WHILE SIMULTANEOUSLY TESTING better/new ways to market whatever the current offering is. Remember, your product will never be done. So you can never stop making it better.

BUT, don’t read that last paragraph without reading this one. You should never wait to market or advertise your product. A good metaphor is that you’re building a product in the dark and your customers hold the flashlights. If you don’t go after real customers, you’ll be building in the dark.

A Final Note On The “Builds”

A build is sometimes defined as a feature. As in, you should “build” a second feature into the product after the MVP. But this isn’t always the case. That’s often too broad of a statement. The next build should be whatever the smallest improvement could be that will result in an incrementally better product or business. It could be as simple as changing the background of the website from orange to purple, or upgrading your packaging to something a little more beautiful. A ‘build’ might only take you five minutes. The best ones do. 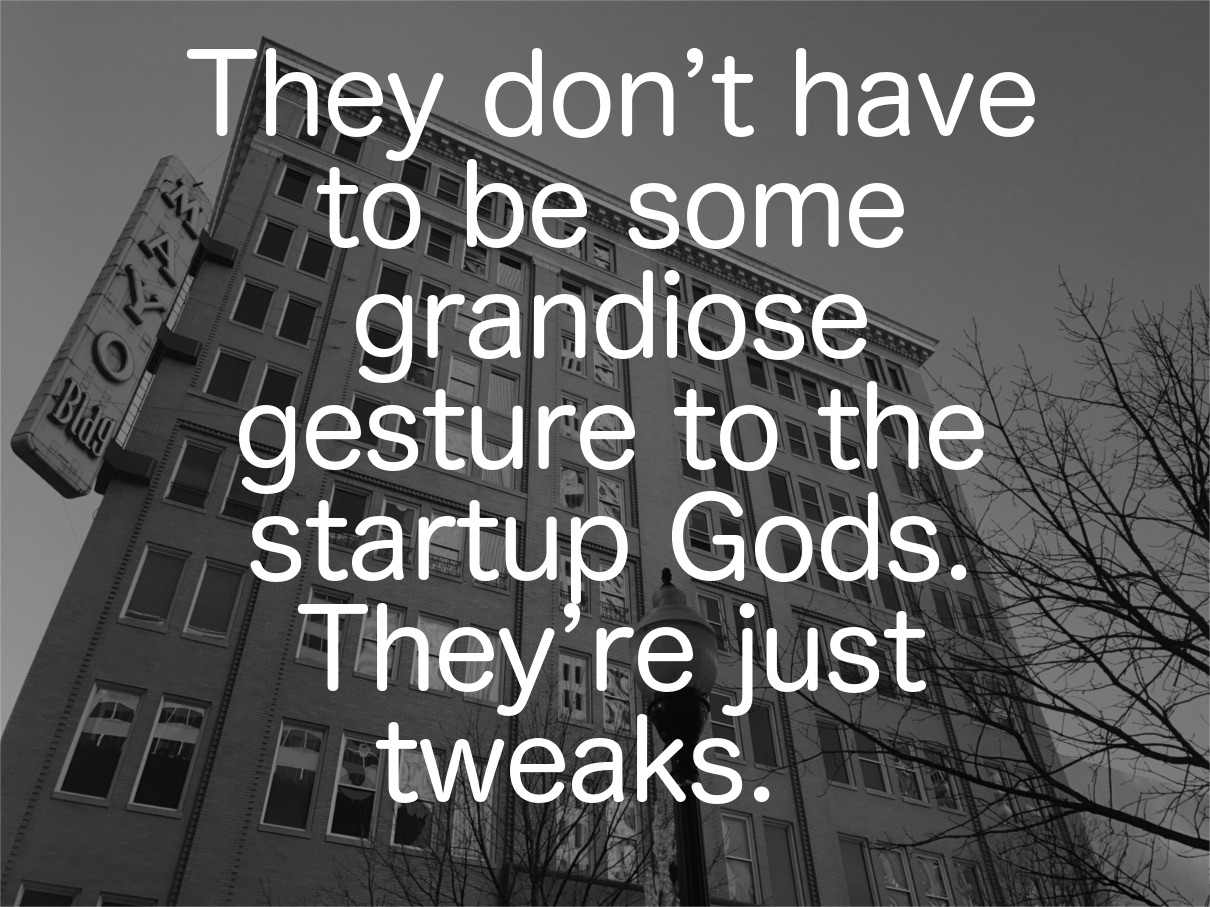 These ‘builds’ will act as tests. Builds that make your business worse should be cut; builds that make your business better should be emphasized. This is why it’s so crucial to break your builds up into bite-sized sprints that make it possible to launch them sooner. The smaller they are, the faster they can be put into the real world; the faster you put them out there, the faster you’ll acquire the data required to illuminate your next builds. The more light that is shed on what to build (and when), the more customers will pay for it.

Make sure there is some meat on the bones.

Regardless of what happens, have the courage to continually sell the thing. But don’t just sell it, spend the other half of your time improving it.

Make sure that your improvements aren’t large, but instead many many many small improvements. The smaller the better because you’ll get better real time data regarding what people like or don’t like about what you’re doing.