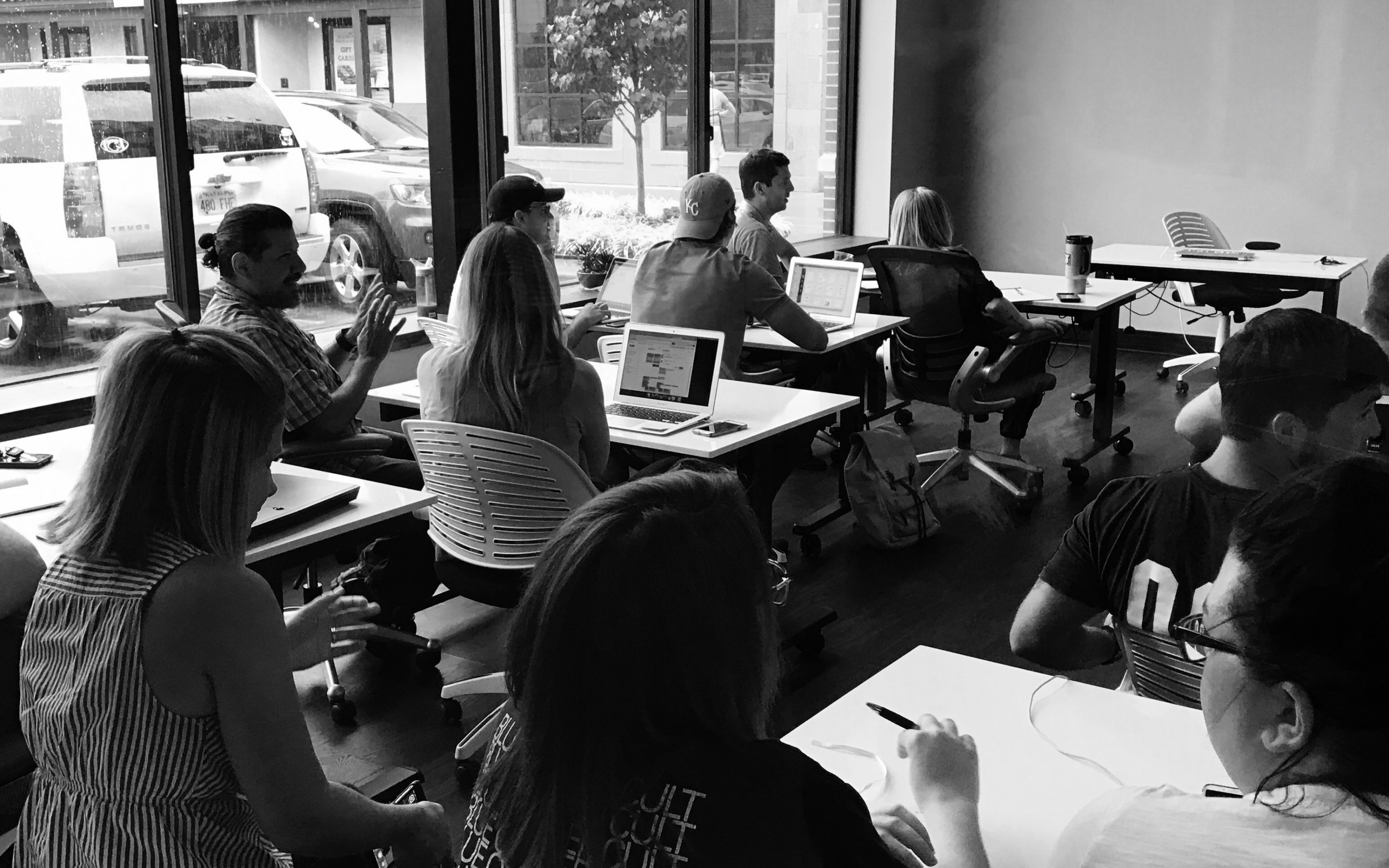 Metaphors make the startup world go around – and this essay is no different. It’s entirely based on a metaphor that trumps another metaphor. It’s all very meta.

The first metaphor (one we disagree with), is that startups are a marathon. We get its intent, and its intent is not wrong. It will take three to five years to get out of the startup phase, and then another three to five years to get through the growth phase. In order to accomplish such a long-term endeavor an entrepreneur has to take a long-term approach, be patient, and have a lot of endurance. The number one killer of startups is not some external force putting them out of business – it’s that they quit. We’d also venture to say this is the main reason why failed marathoners can’t finish.

However, as true as that metaphor is, we’d like to amend it. In keeping with the track & field theme, we believe that a Kansas City startup is more of a decathlon than they are a sprint or marathon. For those that don’t know, a decathlon a 10-event track & field sport that tests a multitude of skill sets. There is a long distance run, a couple of sprints, a javelin throw, and even hurdles. For over a century, whoever wins the Olympic gold medal at this sport is considered ‘the most athletic person in the world’ because of how diversified the events are. You can’t just be fast. You can’t just be strong. You can’t just rely on endurance. You have to be capable at everything.

That is why we believe startups are the decathlons of business.

You Have To Be At Least a B+ At Everything

A quote that we made up about a half a decade ago, and seems to have stuck is that “entrepreneurs must be a B+ at everything.” This implies that they don’t have to be a God at anything in particular, as long as they are well above average at just about everything else. They have to (at least eventually) understand SEO, advertising, fundraising, billing, logistics, and a host of other functions. If you are an A+ at any of these things, and a C- at the rest, your company will fail. The caveat to this quote is that you should be an A+ at whatever skills it takes to make your product.

The same is true with the decathlete. Over the span of two days they’re going to have to be a long distance runner, a sprinter, and they’re even going use a pole to propel themselves over a bar that is twice their height. These athletes can’t rely on being the best in the world at any single one of these things, because they’re busy becoming well above average at everything.

This is what being a Kansas City startup is like. On the same day that you have to make sales calls, you’ll also have to respond to angel investor due diligence, which will happen to fall on the same day you need to refill your inventory. Perfect storms are inevitable – you must have versatile skill-sets to deal with them.

There Are Different Coaches For Each Event

The best-of-the-best decathletes in the world have a portfolio of coaches to help them through each of the individual events. The javelin coach is different than the hurdling coach, who is different from the distance coach. The best way to become a B+ at everything, is to have an A+ coach for each event.

The same is true with startups. Your goal shouldn’t be to find that lone wolf who is a lawyer, accountant, startup consultant, and investor…and who also happens to be a genius at all of those things. Those are the unicorns of the startup advisor world.

You need to surround yourself with an array of experts in differentiated arenas. These people can come in the form of advisors/mentors, employees, or paid consultants. If you want to build versatile skill-sets, you best believe you’ll eventually need A+ coaches on your squad.

All Decathletes Have Weak Events, But They Have To Do Them Anyway

If the decathlete is strongest in any of the running events, the likelihood is high that they fear the throwing events. But that doesn’t mean they’re allowed to show up on shot-put day and ask for a pass. 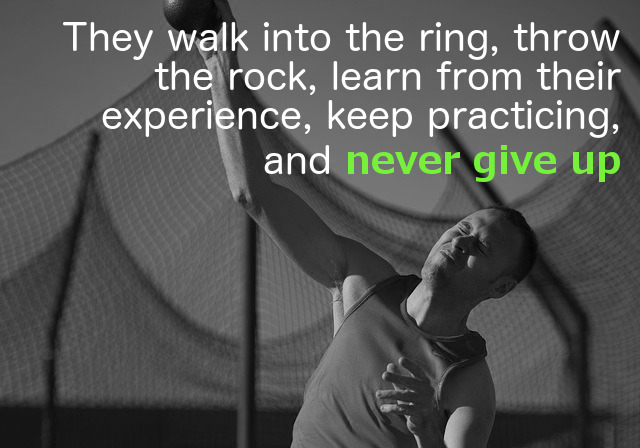 The best entrepreneurs wake up in the morning and cannot wait to get to work, even though few of them call it work, or define it as such. But all of them, even the most passionate entrepreneurs, would be lying if they said they loved every part of their job and were equally good at all of it. There are simply too many things to be turned off by. You can’t love sales, programming, HR, fundraising, and doing your taxes. It’s just not possible.

At the same time,  just because there are a couple things in that list you don’t love, doesn’t mean you get a pass on any of it. Fundraising might make you feel like a million bucks, but that doesn’t mean you can call up the IRS and ask to skip this year’s tax collection activities. You’ve got to show up every day, doing a combination of things that you mostly love, as well as a few things you hate.

Are startups a marathon? Yes, because this thing is literally going to take years to get off the ground – you’ll need true endurance to make it that long.

Are startups a sprint? Yes, there are certain things you’ll need to hustle through because there are deadlines and short-term opportunities that pop up. A lot of people often refer to startups as a series of sprints.

As true as these statements are, we hold firmly that the best description of a startup is a decathlon. Mostly just because everything is going to be tested. You don’t need to be the master at everything, but you do need to be okay showing up everyday and accomplishing whatever is put on your plate.