Gaining Traction For Your Startup Is All About These 2 Factors 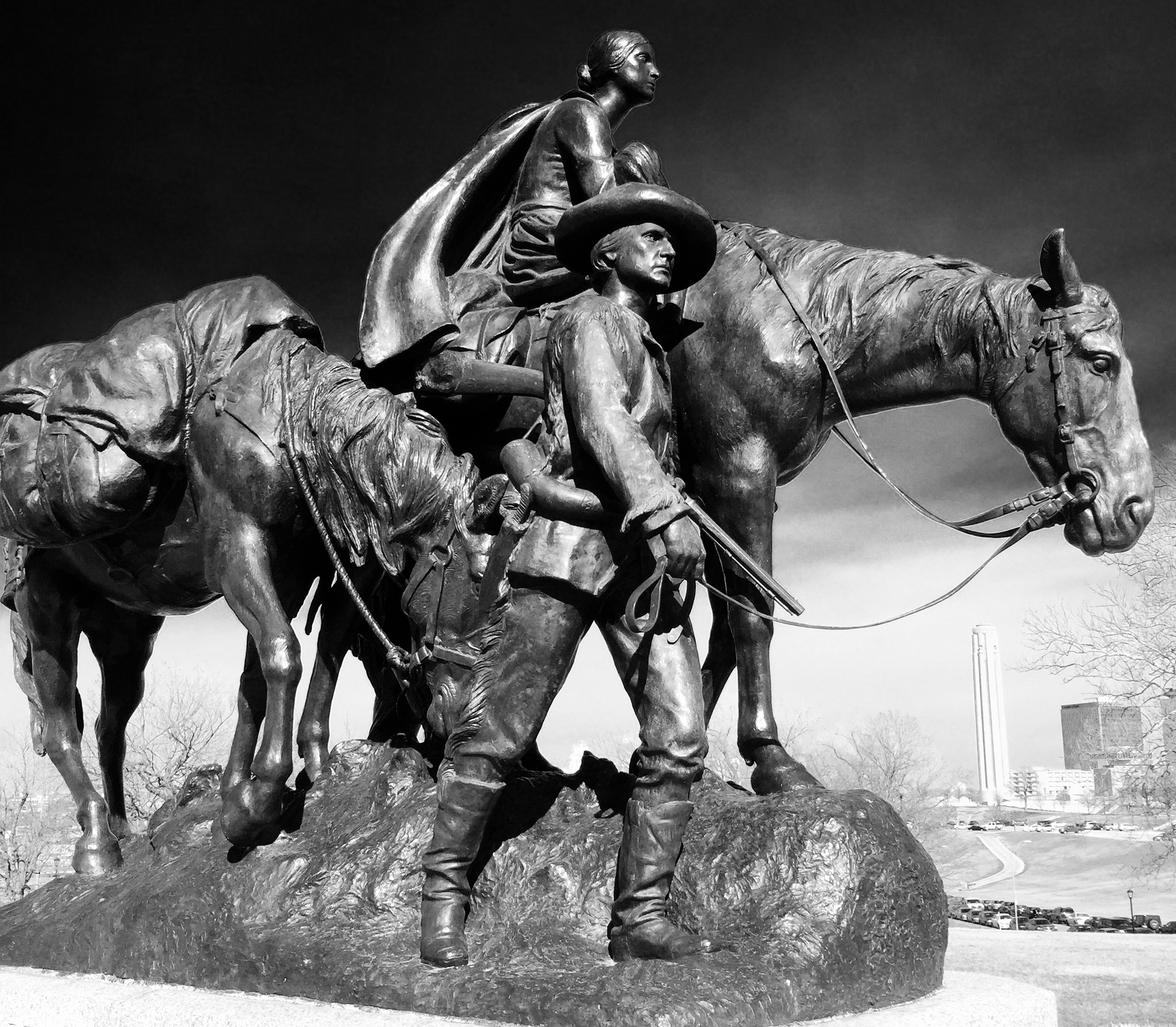 It all starts with the idea.

An idea that is so profound that it shakes you in your boots. So different from anything your brain has ever conjured before that Webster no longer calls it an idea, and instead, calls it an epiphany. It was just too cool for one syllable.

Next, the proud parent of a newborn idea does some research to determine the viability of the idea’s commercial application. Will it make money? Who will buy it? Is the market ready? Many will find the answer that they’re looking for, others will quit right there.

A lot of deciding to take the next step has to do with ‘timing’. By this we mean both your industry’s timing, as well as your personal timing. Too early to an industry and you’ll be building a product in a ghost town. Too late and you’ll have too much competition. Or, from the other timing perspective – you might be getting married, you might still be in college, you might be trying to get into a KC business accelerator, you might have just had a baby, you might have just been injured – these are all things we hear daily that prevent people from taking the next step (some are great excuses, and some are insulting to our craft). So ‘timing’ is absolutely crucial – but it’s not enough. It’s only part of the battle. The last two pieces of the puzzle are what separates the idea people from the entrepreneurs – the ‘intent’ and ‘follow-through’.

Simply seeing a trend, or having an idea, is something that non-entrepreneurs can do. You’ve probably heard this before: 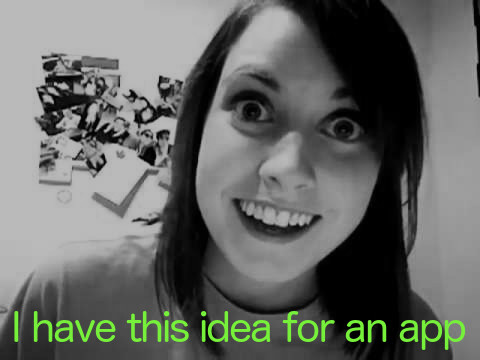 They continue on with their story; the idea seems cool enough; it’s the right ‘timing’; and then when you ask about about their thesis on how they’ll turn the idea into a business, it’s completely hollow.

Without intent, it’s a copycat game. The wantrapreneur will see their competitor start using Snapchat, so they will too. They’ll see McDonald’s responding to customer service via Twitter, so they’ll throw that strategy in the business plan as well. They see the world looking at their phones more than their computers so they’ll immediately resort to thinking their product must dwell within a native mobile application. 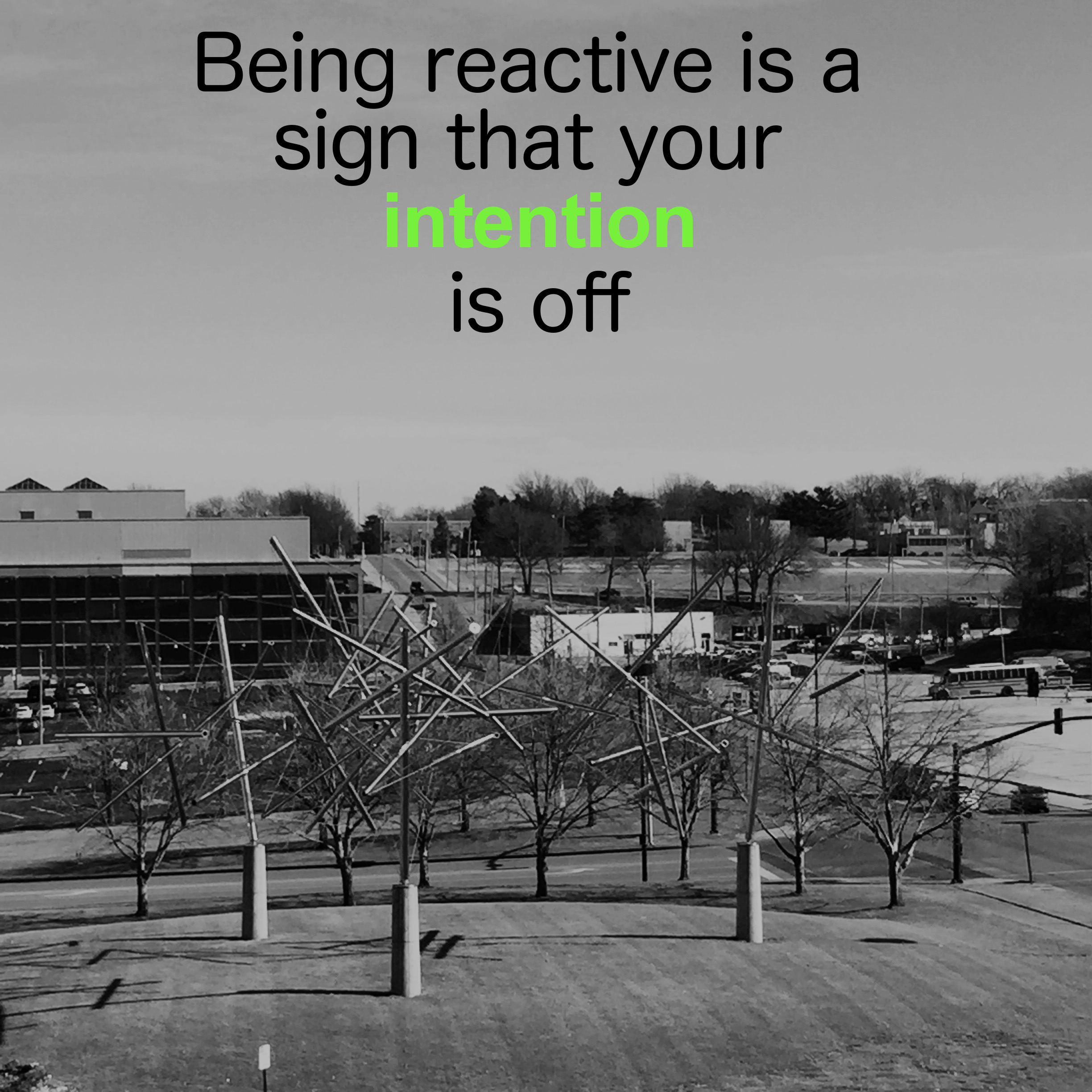 When an artist, of any kind, be it a musician, sculptor, painter, etc., sets out to learn their craft, they oft replicate others’ work. Their first song will be a remake of Nirvana. Their first painting will be a crappy version of The Mona Lisa. When they’re done, they’ll look at the finished product, see where they could improve, and try again with another thing to copy. Eventually the student will be confident enough to try their hand at creating something from scratch, and an artist will be born.

But this is absolutely NOT how a healthy business is born. This is NOT how a lifelong entrepreneur is created. Sticking with the artist example, the student that is copying will never be able to see what went into the creation of the original work. They won’t know how the original artist found inspiration. They won’t know how to do the brush strokes, or how the guitar was held. They’ll hopefully get close, but it will never be the same. And at the end of the day, there is a huge market for copies, but not the kind of loot that makes a dent on an industry. If you want to be a real entrepreneur, you must innovate on your own blank canvass because you’re never going to be able to reverse engineer another company’s successful implementation of a product or strategy.

You can’t just ‘be right’ about an idea or a market. That’s for losers. You know em’ when you see em’. The “I had that idea ten years ago” people. Those people should be embarrassed to utter those words around a doer. An entrepreneur isn’t just ‘right’. They prove it.

A lack of follow-through is like the girls that buy all the yoga pants, the yoga shirts, follow the yogi’s on Instagram, and tell people they’re into yoga – but never show up to class in an effort to better themselves. It was the right idea. It was the right timing. It was probably the right intent. But there was no follow through.

We see this regularly. Everything will be right. Even down to the strategy. But it’s not working.

“How could this be?!?!”, the wantrapreneur will ask…

The answer is they were smart enough to get passed the first steps, but have no heart, patience, risk-tolerance, or grit when it comes to the follow-through. They’ll be the yogi that doesn’t do yoga. They won’t back their SEO strategies with PPC. They won’t be okay with being told ‘no’ fifty times for every ‘yes’. They will give up on hiring after only ten interviews. They’re going through all the correct motions, they’re just not doing it with any follow-through.

For the small percentage of people out there that can put all these ingredients together, we applaud you. Don’t put too much stock in your ideas, and don’t lose faith on them once you start to implement. The road is treacherous for even the best entrepreneurs in the world. Yours will be no different. So when you start your journey, have the right intent; and then when you start to implement – follow-through!